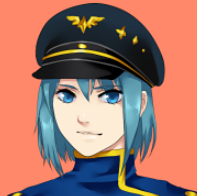 River gives the appearance of being a sadist.  She is merciless, fulfilling her duties as an agent without hesitation.  Like Amil and Talis, River is on the government's special forces team; however, unlike the others, her DNA is not especially structurally similar to that of an Immune.  Talis is deathly afraid of her, as she usually is the one who threatens her when she doesn't listen to Dr. Volsef's instructions.  Despite that, however, she willingly undergoes testing from Dr. Volsef's experiments.

Retrieved from "https://codeseries.fandom.com/wiki/River_Altamont?oldid=4201"
Community content is available under CC-BY-SA unless otherwise noted.