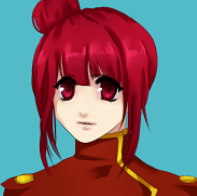 Talis is one of the government agents in the Central Government's special forces team, albeit young.  She also happens to have a DNA sequence most similar to that of an Immune that the government has control over, so she is the subject of the majority of Dr. Volsef's Devil's Obsidian experiments.  Overuse of the drug and of the doctor's experiments has caused her to become mentally unstable.  She suffers from bipolar disorder and bouts of hysteria.  The only person that seems to be able to calm her down is Amil, another government agent.

Retrieved from "https://codeseries.fandom.com/wiki/Talis_Monnier?oldid=4218"
Community content is available under CC-BY-SA unless otherwise noted.